As a transgender person, I revel in the concept of the cyborg: a human and a machine converged in one. For a long time now humans have been altering their bodies for a variety of reasons: we have been adding, removing, altering, constructing and reconstructing ourselves. The human body is no longer but the result of our genes: it is more like a canvas. The human body is a (re)constructable cathedral in which we worship ourselves and our sense of self, making our identities equally constructable. We are cyborgs in glorious Technicolor, sun shining in through the stained-glass windows of our mind and merrily making vibrant, colourful masterpieces of us all.

Humans have always been cyborgs to varying degrees. The combination of man and machine to reconfigure who and what we can become has been explored by authors all over the world. In some media these converged human-machines are monstrous and dangerous, in others they are hopeful projections of the future. More than anything, they are significantly more fantastical and visibly robotic than real world cyborgism. Indeed, how does Sonny from I-Robot compare to your next-door neighbour getting a chip implanted in his finger so he no longer has to swipe his card at the cash register in the supermarket? How does the monstrous construction of Frankenstein’s monster compare to augmented humans? What is the sense of self like for a cyborg?

Furthermore, what does it mean when our sense of self is in discord? What happens when the stained-glass windows of our identity shatter and shards of self scatter across the marbled floors of self-reflection? The cyborg traverses its own mind and is disturbed by the ever present crunching of glass underfoot, desperately hoping to find the right shards to piece the windows back together again. This unease and discord within the sense of self can be described as the cyborg experiencing dysphoria: a profound state of unease and dissatisfaction with life. This is the state of being in which many transgender people find themselves upon discovering that the constructed identity, something they often don’t feel as in control of as they would like, does not mesh with the construction of their body. The cathedral crumbles. 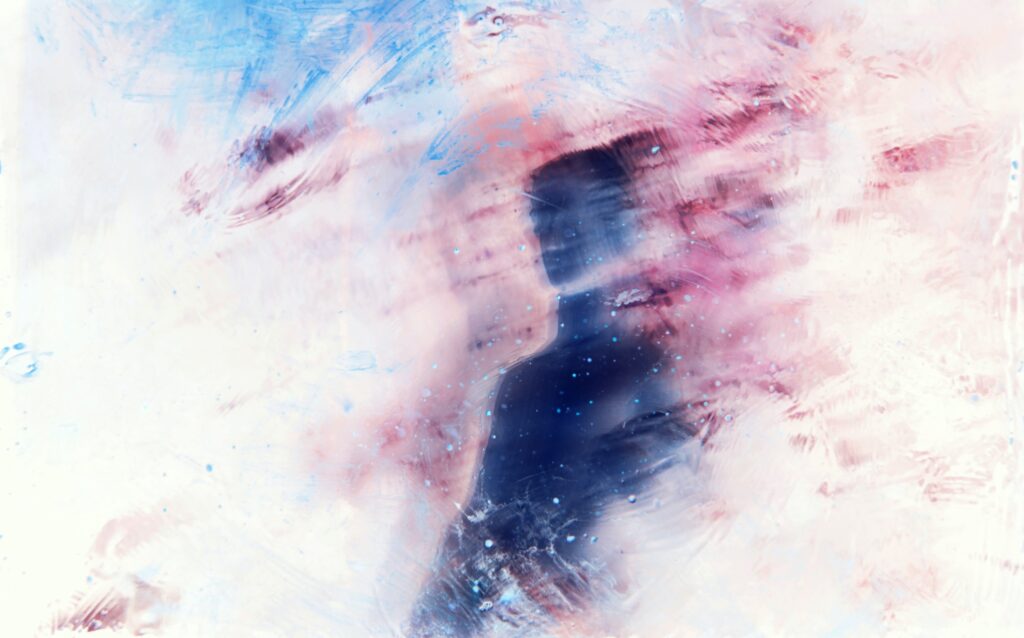 The comparison between Mary Shelley’s Frankenstein’s monster – a confused, monstrous creation – and transgender people has often been made in both transphobic and transgender activist rhetoric. Monstrosity has either been claimed as an insult or reclaimed as a tool of resistance. I am, at present, interested in neither of those things. I am primarily interested in how the transgender person, of which I am one, becomes a cyborg both in mind and body through the use of technological tools, medication and surgical intervention. For transgender people, the smartphone for example becomes an extension of one’s identity that is much more poignant than simply having an ‘online identity’ that is separate from your ‘real’ identity, which is common for social media usage in general. For transgender people, technology allows them to become their real selves long before the material world allows them to be. Indeed, my Facebook name was changed long before my legal name, but it still had far-reaching consequences: nobody knows what my legal name is anymore. Being a human plugged into billions of networks at the same time, a well-connected cyborg, allowed me to start becoming who I wanted to become before the inevitable official and legal hardships of that becoming ever came into play.

My body will also undergo life-changing, massively physically altering changes. My voice will change, I will grow hair in places I never used to. The very foundation of my genetic code is being rewritten step by step, every single day. I will grow and shift and be reconstructed until everything eventually settles into its new configuration: a cyborg reborn. The cyborg, in this instance, is interestingly post-gender in that it allows gender to take whatever form the cyborg desires. In an ideal world, this would mean that gender is inconsequential. Now, rather, the cyborg’s ability to treat gender as if it is inconsequential can become a tool to bring it to the forefront in whatever shape and form the cyborg wants. The cyborg allows for options; it allows for becoming.

Frankenstein’s monster is an interesting case study of the cyborg precisely because it annihilates the idea that humans and machines are each other’s opposites. In that regard, transgender people subvert that same dualism: the cyborg is not the opposite of the flesh and blood human being. Being a cyborg is, in fact, what allows me to be in the state of becoming, indefinitely evolving into a more fulfilled version of myself. It allows me to be more human, not less.